​Jane was born in Seattle, Washington USA and immigrated with her family to New Zealand in 1963.
‘Dad wanted to sail over in a small boat,’ Jane recalls, ‘but the crew mutinied. Mom put her foot down and said there was ‘no way’ she’d sail across the Pacific in a sail boat with two little kids.’ 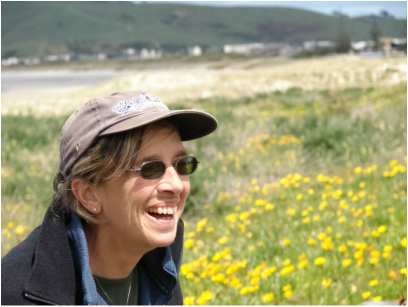 Jane was diagnosed with breast cancer in 2001 and has written numerous articles and two books describing her own breast cancer journey. She also facilitates creative writing workshops, offers one-to-one tutoring/mentoring in creative writing and has a particular interest in helping new writers find their creative stride.

Career
'I’ve always wanted to write,’ says Jane. ‘At school I wrote ‘novels’ about heroes and villains and always thought when I did become a writer, I’d write adventure and espionage. Things could not have turned out differently!

‘I spent most of my professional life working in the air express industry both in the USA and New Zealand and it wasn’t until I was diagnosed with breast cancer in 2001 that I wrote and published my first book. Welcome to the Amazon Club was not about spies and international intrigue but is a journal about my first year with breast cancer. Breast cancer made me take my writing seriously.’

Jane is a freelance writer and holds a Communications Coordinator role with Auckland-based breast cancer support organisation Breast Cancer Support. She also provides communication services for Kenzie’s Gift, a Trust supporting families and children experiencing a diagnosis of serious illness or coping with bereavement. She has also been associated with Auckland-based Script to Screen (organisation providing opportunities for new screenwriters) for many years, writing up events held at their popular monthly series The Writer’s Room. Jane’s write ups can be found on the STS website.

Books and other written work
Jane has written two books, edited a collection of creative writing by women living with secondary breast cancer and completed a book for New Zealander Nick Liefting called The Golden Pliers featuring stories of past winners of the prestigious Fieldays National Farm Fencing Competition.

Welcome to the Amazon Club, was published by Longacre Press in 2004. The second is The Pink Party, published by Klarer Lasserre. Both books are about Jane’s own experience with breast cancer but The Pink Party also brings in the stories of two other women who face challenges with their breast cancer journeys. Jane edited Oysters for Lunch, a collection of creative work by Members of Sweet Louise, a charitable Trust providing services and support to New Zealand women and men living with advanced (secondary, also know as metastatic) breast cancer. The Golden Pliers, published in 2016, is Jane's most recent published work.

Jane has also written for the Breast Cancer Network NZ newsletter Upfront, for The Breast Cancer Foundation New Zealand and for Script to Screen. Her work has also appeared in Pink and Next magazines.